We don't run ads or paid promotions here. You can help us stay independent by making a donation via Patreon or Paypal.

Professor Gabriel Emerson is a “Dante specialist” in some fortunately fictitious institution, who revels in being the biggest jackass that ever lived. In the first fifty pages, he pretty much calls our heroine Julia Mitchell an imbecile, suggests that English is not her first language, and worse – far, far worse. Naturally, Julia’s innocent heart flutters and beats triple time because this verbally and emotionally abusive bag of vomit kisses her and she knows that they are meant to be together – forever! Of course, Gabriel resembles a gaping unwashed mother of all goatse crap here because he is damaged inside and only Julia’s tight hot innocent hoo-hah can heal him, the usual.

Now, contrary to popular belief, the Twilight series is not awful. It’s very average, marred by awful writing and a female protagonist who takes self-absorbed selfishness to obnoxious levels, but there is some good thought that goes into the world-building and the end result is still an addictive read. EL James’s trilogy may contain hilarious sex and shoddy writing here and there, but still, the heroine has a sense of humor and she brings out the lighter side of Christian, and they have some pretty decent chemistry. It’s just that Christian is such a pathetic emo who really needs to get over himself.

Now, Gabriel’s Inferno is a different story. The author seems to be a better writer than Ms James and Ms Meyer, but this story is amazing in that I can think of a thousand negative adjectives and each one describes this story perfectly.

Gabriel is barely recognizable as human – he’s dung, period. His boorish asshole ways are devoid of grace or finesse, often crossing the line to emotional and verbal abuse that is made more horrific by the way he so easily slips into such behavior. There is nothing likable or sympathetic about him, he’s just a vile and horrid man inside out and no amount of faux literary pretensions (ooh, Dante – the metaphors and other literary gee-gaws are so deep) can mask the fact that this book is Mr Reynard’s long-winded equivalent to a love letter to some asshole in prison. And seriously, what the hell is this “Angelfucker” nonsense? 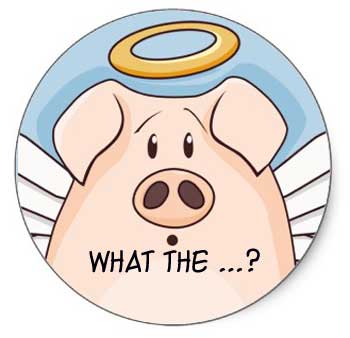 Angelfucker? Is that Mr Reynard’s attempt at creating a meme among the inmates in the asylum?

As for Julia, she is barely functional as a human. She is an imbecile passed off as an innocent. Constantly blushing, crying, weeping, stammering, stuttering, gasping, at loss for words, eek-eeking at how useless she is – the list goes on. I don’t even want to imagine what Mr Reynard is thinking to make a heroine this pathetic. Honestly, Bella Swan is a kick-ass ninja goddess who does all her own stunts compared to this brain-dead creature. She’s always apologizing, she has zero confidence, she has no self-esteem, and – my favorite – she always screws up every single time without failing. I have no idea how she can even inhale without asphyxiating herself because she is really that stupid, useless, moronic, and… and… aaaargh!

Watching these two interact is like being trapped in a Saw movie and hearing a disembodied voice over the speaker telling me that I must gnaw off my arm in ten minutes before a bomb stuck in my rectum will go off and turn me into a bloody splatter on the floor.

At first I kept reading because surely nothing could be as putrid as the first few chapters seemed to suggest. I told myself that maybe, who knows, it would be fun to read a story featuring a mentally handicapped heroine. By page 100, I was surprised blood wasn’t dripping from every orifice in my head, because Julia is so horrifically pathetic and Gabriel is so excruciatingly boorish and hateful. By page 550 – 550! – well, my husband swears that he found me huddled in a corner, rocking myself and singing aloud the chorus of Kate Bush’s Wuthering Heights over and over, but I’m sure he’s joking. Well, I desperately hope so.

If I were a vindictive person, I’d wrap a dead cat with a cloth that has “ANGELFUCKER!!!” written in blood, and Fed-ex the whole thing to the author, but that won’t be nice and it will put me on PETA’s hate list for no good reason.

Well, so far I have not seen any side effects from having read this book. At least, there’s nothing like weird twitches in my arms, my head turning 360 degrees, or the presence of Satan’s baby magically growing in my uterus, so on the bright side, this book isn’t tainted by demonic powers or anything like that. Meanwhile, I happen to have bought the whole two-book series in a “buy one, get one at half price” special sale, so I’m now contemplating whether to even try reading the next book in this series or to just mail both books to the Dalai Lama and ask him to pray over them for a peaceful world free of demons, war, famine, strife, and future books from this “Sylvain Reynard” fellow.