You can help us stay independent and ad-free by tipping us via Patreon or Paypal.

I really have to stop reading these blatantly fad driven over promoted books. Things like Twilight or Fifty Shades Of Grey just do not stand up to all the hype that surrounds them. The first thing I noticed reading this book was I have read a very similar story exactly like it already. In The Running Man, Stephen King writing as Richard Bachman had already told this story of man against a corrupt government using a gladiator event in a far more defined good guys versus bad guys way. The problem is Collins for some reason decided to have the contestants – the kids in this case – fight each other a la Lord of the Flies when the plot really works better when you make it an elaborate televised obstacle course with winning based on survival.

It’s not that I am against recycling a story so much but at least spend the time to make the next telling unique, rational, maybe even logical while finding a way to focus the story on some new interesting aspect. In other words if you have decided to serve the “same old, same old” at least come to the table with something as equally tasty.

Because frankly if I have to choose between a warmed over Suzanne Collins’s “knock off” or Stephen King writing at his peak, well… Collins is heading for a fall.

The worst issue to me personally is the manhandling of the plot to not only force it to be science fiction but an overly sterilized young adult science fiction at that with a heavily forced HEA. Jesus! I frankly ignored the whole Mockingjay bullshit at the beginning in order to sentimentally describe her long dead father but by the time we had bungled our way through a decidedly sterile description of a supposedly “futuristic city” only to be slapped into a “futuristic arena” with the whole “Tracker Jacker” deal. I mean really… just call them Giant Mutant Space Wasps at that point! Modify all those nouns baby since you are not really doing any work to sell this as actual science fction. It’s just damn lazy.

About as lazy as choosing to make this story about kids killing kids and doing your best Tina Turner ruler of Thunderdome impression forcing me to read page after page with Katniss “we’re all going to die” followed by a rousing chorus of “two men enter, one man leaves” and then, and then… and then when the contest finally begins. Katniss and Peeta barely lift a finger as all those other kids fall dead around them. I don’t consider dropping a Giant Mutant Space Wasp nest on some guys head as really having to stretch as a writer pulling a knock off out of your ass. Then by the end of the contest we not only have Katniss winning but she gets to keep both Peeta and Gale for her potential love interests and to force a pseudo HEA when Gale would have been fine without breaking any rules just to give us the obvious “next on Dallas” sequel bait for a love triangle I have absolutely no interest in.

I honestly feel, as a reader, if you as a writer are going to harp about your own world building rules again and again, making it a central motivation to this EPIC drama you are creating, do not turn around and wuss out and start breaking those same underlined rules to force an HEA. Or in Collins’s case, force modifiers in front of nouns to substitute for actual science fiction world building. Force coincidence after coincidence to substitute for the real moral crisis of having to kill someone else for sport. Force the changing of rules in order to create an HEA when there is a perfectly decent one all ready built into the story.

I came away from reading this book feeling most of the key scenes were overly chatty and character driven. Written from the start as dialogues for a script. I never felt a strong sense of place I personally enjoy in well written science fiction. You could take all that key dialog and change the background to a historical or a western and the story would need little adjusting in order to change the freaking wallpaper.

The three words I would use to describe this overly elaborated mess are: derivative, lazy and weak. As I said before I’d rather be reading Stephen King even if he writes an honest if somewhat tragic story in the end using all the same toys. Two books enter, one book leaves! I bet you can guess whose book got its ass kicked to the curb. 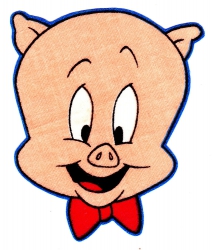 Teddypig
Teddypig hammed up the Web in the early 2000s. He has given us permission to share his old reviews here.

Latest posts by Teddypig (see all)

Could it be that Lana Del Rey has finally found her authentic, true self?